Creating our fragrances starts with curating rare and vibrantly beautiful materials. As we handcraft each perfume, we carefully select each ingredient based on its fragrance and its intrinsic benefit. We then take steps to enhance its feeling and effect before we cellar it to reach a smooth and unique symphony. 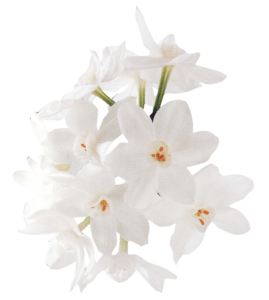 Organic, wild crafted, and conventionally grown botanicals with other organic materials in the form of essential oils, absolutes, CO2 extractions, natural-isolates, and tinctures of:

For those who are new to natural perfumes, or want to discern exactly what you are buying.

For more see our FAQs.

A whole aromatic oil that is extracted from various raw organic materials and has these qualities:

A single molecule from a whole aromatic, obtained by advanced extraction techniques and has these qualities:

Synergy is when two or more elements work together to give an additional effect, beyond the effect of each individual element.  That is to say, synergy is the intelligent power of the [cooperative] whole.

Mother Nature is very wise in creating smart plants and other elements.  In her grand design, the human body and the environment have evolved together over the eons.  Plant compatibility with our bodies is generally high.

On the other hand, any isolated molecule has no synergy but it still has properties and actions, exclusively its own:

2) It no longer has its natural partners and modifiers, also found within the parent-oil

3) It may upset natural bodily or environmental balance

4) It can be useful to target a deficit

An everyday example of synergy is whole milk.  Its isolates consist of water and different kinds of fats, proteins, carbohydrates, and minerals.  While any one of milk’s isolates are not too harmful in moderation, it is also true that they will not do as well in nourishing the calf.

Synergy matters most for what is ingested or used widely on the skin.  It is much less ‘critical’ in perfume, though a subtle physical, emotional, and energetic effect exists.

FOUND IN NATURE – OR NOT?

Natural perfumes are made solely of aromatics “found in  nature” and grown by nature. We love their gorgeous, uniquely fabulous smell and intelligence!  We love their effects.

Most perfumes are made largely or solely of synthetic aromatics.

Some synthetics are categorized as “bio-identical”.  They are modeled after a natural molecule, found within natural essences.  Most chemists and perfumers consider these molecules to be identical to nature-made molecules and they seem to behave like them as well.

Yet, bio-identical molecules are not always exactly identical to the ones in nature.  For an example, visit the Royal Society of Chemistry to learn about Vanillin.

Synthetics are made relatively quickly, in a lab, out of petroleum.  Natural essences are made in soil, sun, water, and then extracted.

A second category of synthetics are those “not found in nature” [to begin with].  These are fully “man-made”.  They are foreign to nature.

To date, a number of synthetic isolates in this second category have proven to be harmful to humans and the environment.  Whether or not this will be the case for more of these molecules is yet to be determined as research is limited. 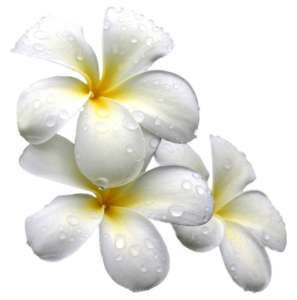 As elixir, the energy of each perfume is augmented to mirror and amplify how beautiful you really are.

It serves you by working with your body and intuition to uplift mood, heart, and mind.

Aside from personal chemistry, which makes a perfume different on everyone, there is another, unique ingredient:  what you bring as you wear the perfume.

You can enhance or diminish the enchantment and attractiveness of the perfume.

THE RIVER OF LIFE

The connoisseur of natural perfume is aware that like wine, each new batch can be subtly different due to the year, growing location, weather, and so on.

The natural thing to do is to enjoy the subtleties as the river flows and toast to the beauty of life.