A Tale of Animals & Perfume 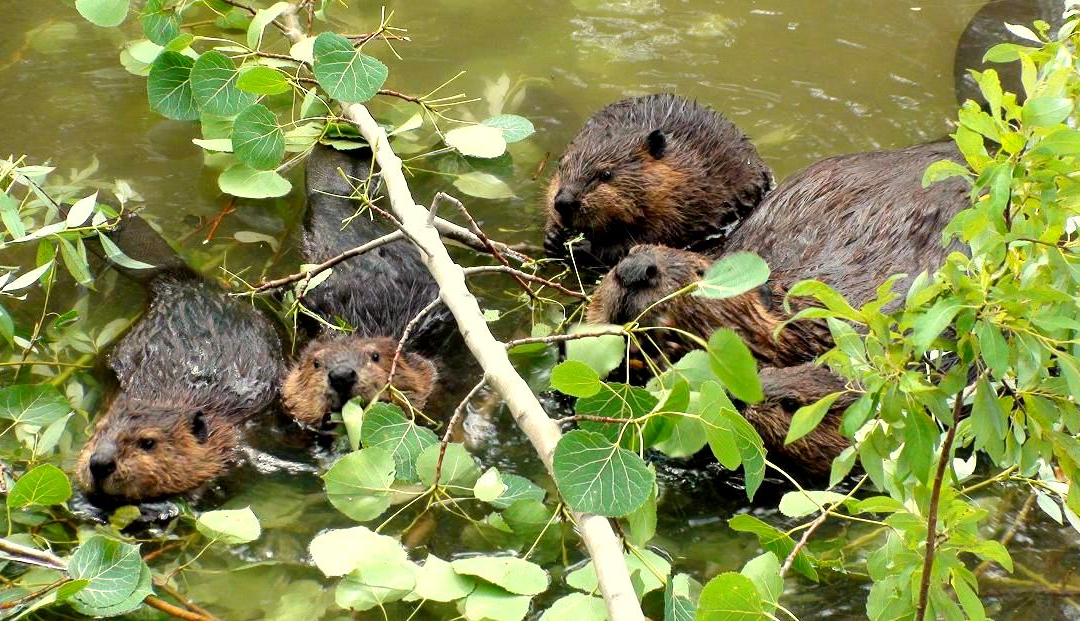 “There once were two men, each getting dressed in the morning when they each broke a shoe lace.   “Damn!”, they both exclaimed.

But the storyteller went on:

“Ahh, we see”, said the listeners when they heard it all.  “Do tell us another story!”. 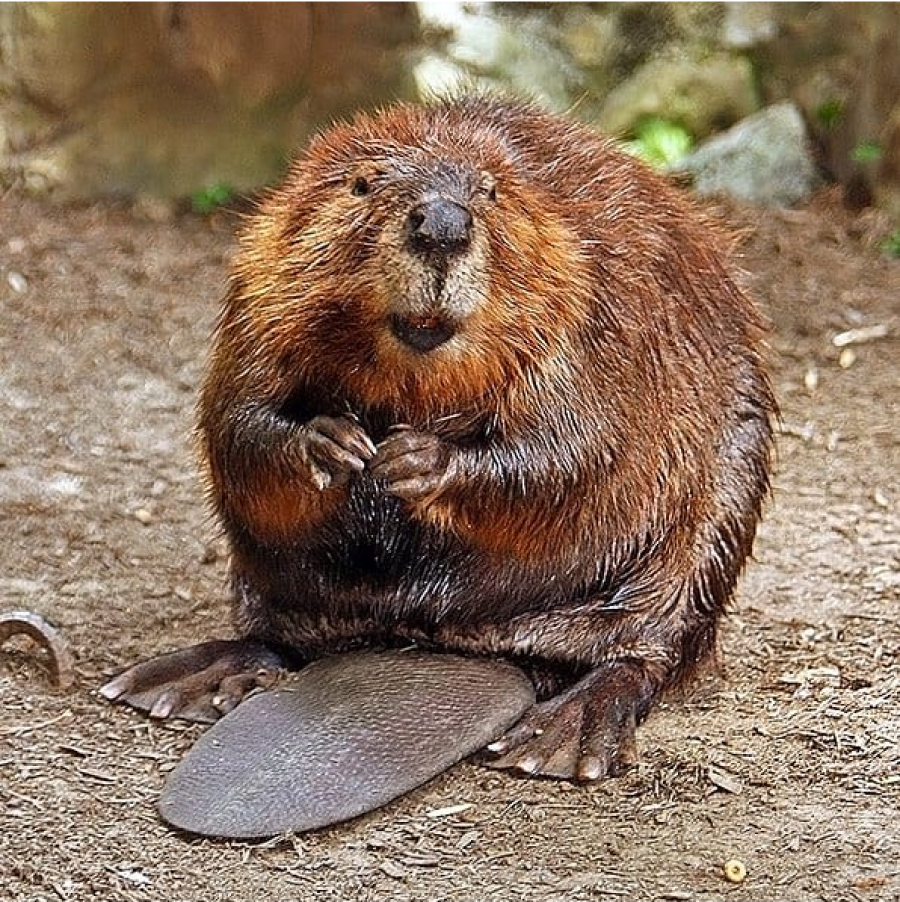 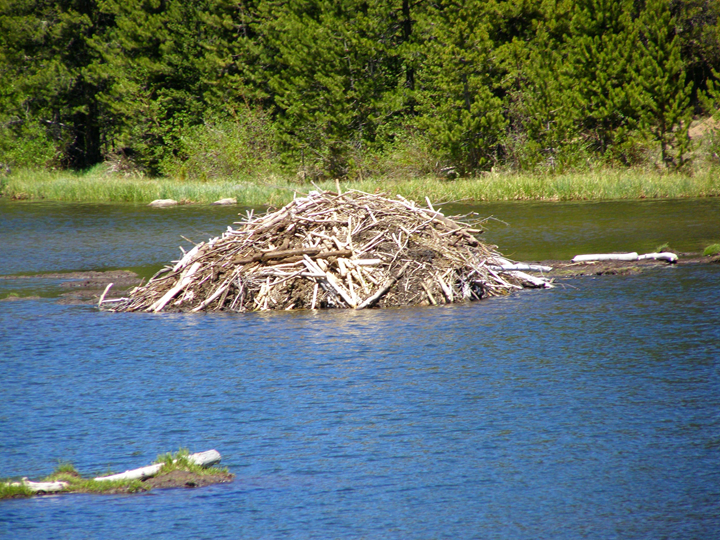 “Very well,” said the storyteller and he began:

“Once upon a time there lived a distinguished, intelligent, and industrious tribe of smallish animals called beavers.  They were admirable creatures whose propensity it was to work and love with great industry!

The beavers knew how to fall trees and had mastered the fine and handy art of containing water.  Much to the admiration of the other animals, the beavers were wonderful engineers.   They built dams in streams that would back up the water to make a pond.

The forest creatures loved the beavers because of how much they did for the community.  Their ponds gave hundreds of other animals their home and helped to feed them.  They helped keep the water clean as well.  In fact, of all the creatures of the world voted that the beavers were the single most important creature on earth for the creation of wetlands.”

The storyteller paused to marvel out loud.

“Yes, the beavers were remarkable, master architects as well as master engineers!  They built their homes in the middle of the ponds.  There, they were safe from predators.  Ingeniously, they built secret under water entrances so that the animals that wanted to eat them, couldn’t get in.  Inside, their little abodes were above-water and dry.

The beavers, just like us, loved to be safe and cozy.  It made for a peaceful night’s sleep and more.  As parents, they wanted to protect their babies, (of which they had plenty).  The “kits” as they were called, were so cute that even the snow itself seemed to melt at the sight of them.

Life had been happy in the forest for as long as anyone could remember.   A very old tree said that it was like that, even when she was just a sapling.

“Hundreds of thousands of years”, said the wind.  “For as long as I have been blowing.”“

The listeners exclaimed, “Heaven on earth!  What a perfect story!”

“But there is more to the story”, said the storyteller, and his tone became hushed:

“One day, a new two-legged animal came to the forest.  A very smart one indeed, but very frightened and greedy.

The new animal wanted the forest all for themselves.  They took the trees and the land and the streams.

Little by little they killed the beavers because they were disrupting what they considered their own stream.  That was just as well with them because they wanted their fur to sell.   Their pelts would be made into coats, hats, and other fanciful uses, fetching a pretty penny at market.

As the two-leggeds cut down more and more trees near the streams, life grew even harder for the poor beaver tribe.  They needed those trees for their dams and homes and food!  How could they protect their family or have a good nights rest?

Time went by and the two-leggeds kept on killing the beavers.  They killed many other animals too, especially the beaver’s predators (who quite scared them).  In time, the beavers and even their predators were gone.  None were left alive.

The forest grew sparse and quiet.  The ponds were gone.  The two-leggeds took much of the water.  It left other animals that needed the ponds, trees, and streams without water, food, and shelter.  It was very hard times for the animals that remained, and many did not survive.  First it one animal was gone, and then another who had depended on the first .” 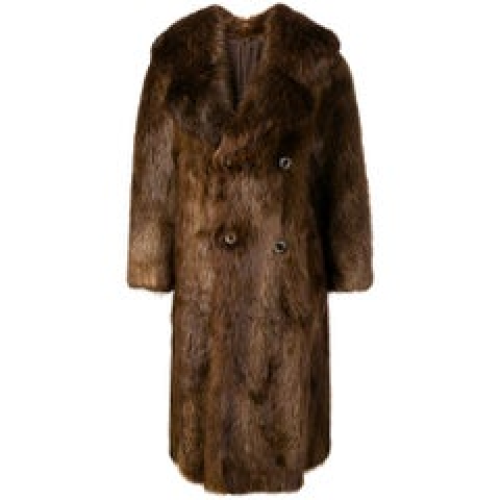 “What a horrible story!”, lamented the listeners.  Some hung their heads and many of them shed tears.

“Yes, it is”, said the storyteller, “but I am not finished yet”.

“This all took place over centuries.   During this time, the two-leggeds also took over other forests throughout the world, doing the same thing everywhere they went.  As they did, the great balance of the forests, or might I say, the very metabolism of the living wild-lands became horribly disturbed and began to be worrisome.

Even the two-leggeds began to see what had happened and began trying to fix the problems.  They found other beaver tribes in the world and brought them to the forest.”

“Thank goodness!”, said the listeners.  “A wonderful step in the right direction!”

“But it hasn’t turned out so well”, said the storyteller, “There is more to the story”:

“The foolish two-leggeds didn’t understand that the new beavers were of a different tribe.  A different species, to be exact, which mattered.  And on top of everything, the forest did not have any natural predators left.  Nobody thought of that.

Without predators, and because the two-leggeds were now protecting the new tribe of beavers, life was very good for them for fifty years or so.  They made thousands of babies, who when grown would move to a new part of the stream or to an entirely new stream.  What happened next shocked everyone.

There were so many beavers that no longer were they good helpers of the forest ecology.  They were destroying it.  Each beaver had to find trees, further and further from their stream.  They also ate the bark of trees.  As they went, hardly a tree was left standing.

Meanwhile, there was another terrible thing happening.  The beavers, as you can see, needed great swaths of territory.  But the territory was not there either!  The two-leggeds had claimed much of the land, and thus, lived nearby.  As the beavers built their dams, the pond-water would overflow and the villages and farms were getting flooded regularly, and without warning.” “Well”, said the Storyteller, “It certainly was.  But brace yourselves.  That’s not all”:

“As time went by, the beavers caused great damage to the forests around the world.   Naturally, they ate tree bark and never stopped gnawing down trees for their dams and lodges.

Wherever the beavers went, they regularly created floods in nearby towns from the unpredictable overflow of their ponds.  Homes, business, and crops suffered damage.   Other forest creatures that depended on trees for habitat and food were devastated too.

Even the beavers were starving!  They were forced to move to other areas where they would eat grass and water plants just to stay alive.  Sadly, this further disturbed the environment.

The two-leggeds finally realized that they had no choice but to stop the beavers.  It was a very hard lesson.  They became remorseful for what they had done.”

“Oh dear”, said the listeners, “We hope they trapped the beavers and took them to a new home?!”

The storyteller shook his head, and continued on:

“It had become a big disaster for all. Once the two-legged animals fully realized their original mistake and what it had led to, they knew that they had no choice but to act.     In some areas the beavers were trapped and released elsewhere.  But often, that was not possible because the same devastation would happen again.  Sadly,  culling became necessary.  Many tried to be humane about it but the final solution was sad.”

“That is really sad”, said the listeners.  “We must be very careful to not disrupt ecosystems from here on.”

“Yes, very much so”, said the storyteller as he hung his head.  After a reverent pause, he realized that there was a small bit of the story that he had forgotten:

“There is something left to tell”, he said.  “A bittersweet thing happened in the midst of the culling”:

“The two-leggeds who were hired to cull the beavers started to save their castors, the glands that made the beautiful scent for the purpose of love, babies, family, and home.

The perfumers of the world had always known of the magic fragrance, so the trappers offered it to them.  Beautiful perfumes were then made, the smell of which was like love itself – rich, warm, and deeply soothing.”

“In a way”, said the storyteller, “it does three things”:

“One – The beautiful scent is reminder of the amazing beaver tribe, an example of industry and skill for us all.

Two – It reminds and warns the two leggeds to be humble enough to share the forest generously and wisely.

Three – It is a lesson in gratitude for how much Mother Nature has given us.

With that, the room grew silent for some time.  When someone finally spoke, it was a child:  “Thank you for telling us this story”, she said.  “I’ll share it with others.  And I promise to always, always remember.”

The beautiful ingredient from beavers is called, “Castoreum”.  It is used in perfumery and other products.  It is derived from the Castor Sacs of beavers, both male and female.

Ethical judgements in regard to the use of “animalics” or animal-derived raw perfumery materials, are a case by case endeavor.   Other stories about the use of other animalics in perfume can be told.  Some ethical, some not.  Usually, there is more to the story.

On our FAQ page you can read more under, “Are Apologue Perfumes Cruelty Free”.